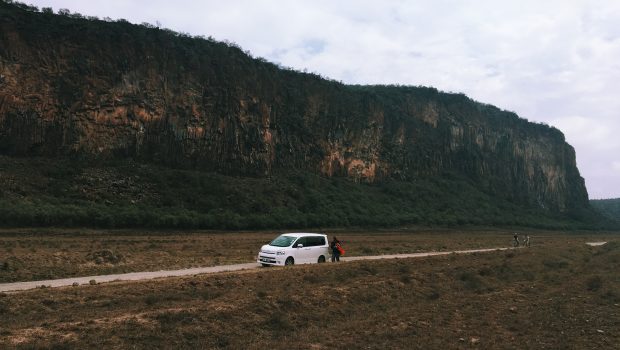 Whoop! Whoop! Today’s post marks the beginning of a new series on this site: Tembea Kenya. A bit cliché huh? Well, unlike how it’s thoroughly misused on Instagram, I intend to stay true to the meaning of this hashtag by actually going around Kenya and discovering the lovely gems it has to offer. 🙂

What’s the first thing you think of when someone mentions travelling? Let me guess: Passports? Flight tickets? Far off locations? Boat-loads of money? You’re not alone. Since when did wanderlust mean having to leave the country just to get a piece of this elusive magic. You can actually experience wanderlust in your own home country. We are so quick to fantasize about fantastic places such as the romantic Parisian cafés in France or the sparkling blue waters of the Caribbean when in reality, we’ve got some pretty amazing places right here. 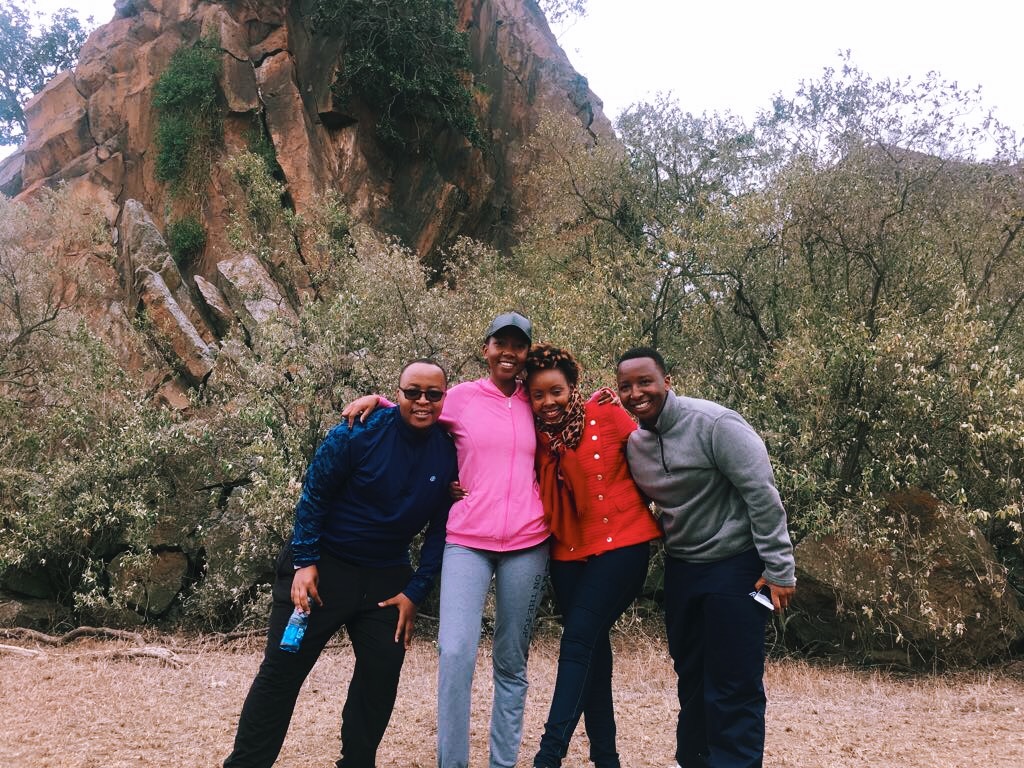 Avid mountain climbers can attempt to scale the rock behind us, it goes up way higher than in the photo.

To illustrate how badly this thinking affects us, I’m going to confess something of my own. I’ve never been to the Mara. Yes, it’s shameful. I mean, it’s one of the wonders of the world! Don’t worry though, it’s firmly on the top of my list of Kenyan treasures to visit, you can check it out below. It’s short (for now) but it’s an open one. I’d appreciate if you could leave any suggestions you have in the comments. (I’ve kept out coastal gems on purpose, at least i can proudly say i’m generally well acquainted with the Kenyan Coast) 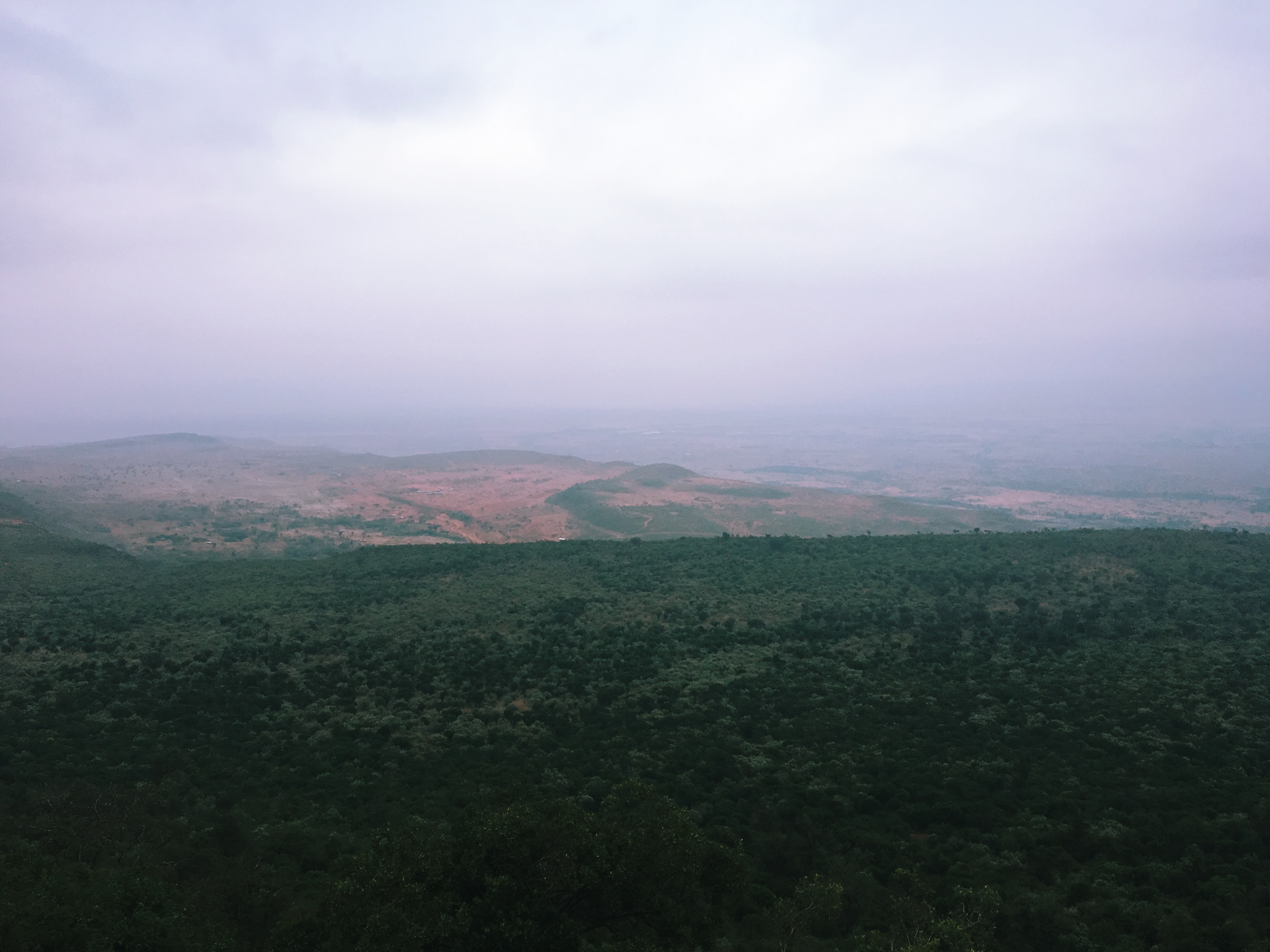 Rift Valley as seen from View point. It was a bit of a foggy morning. 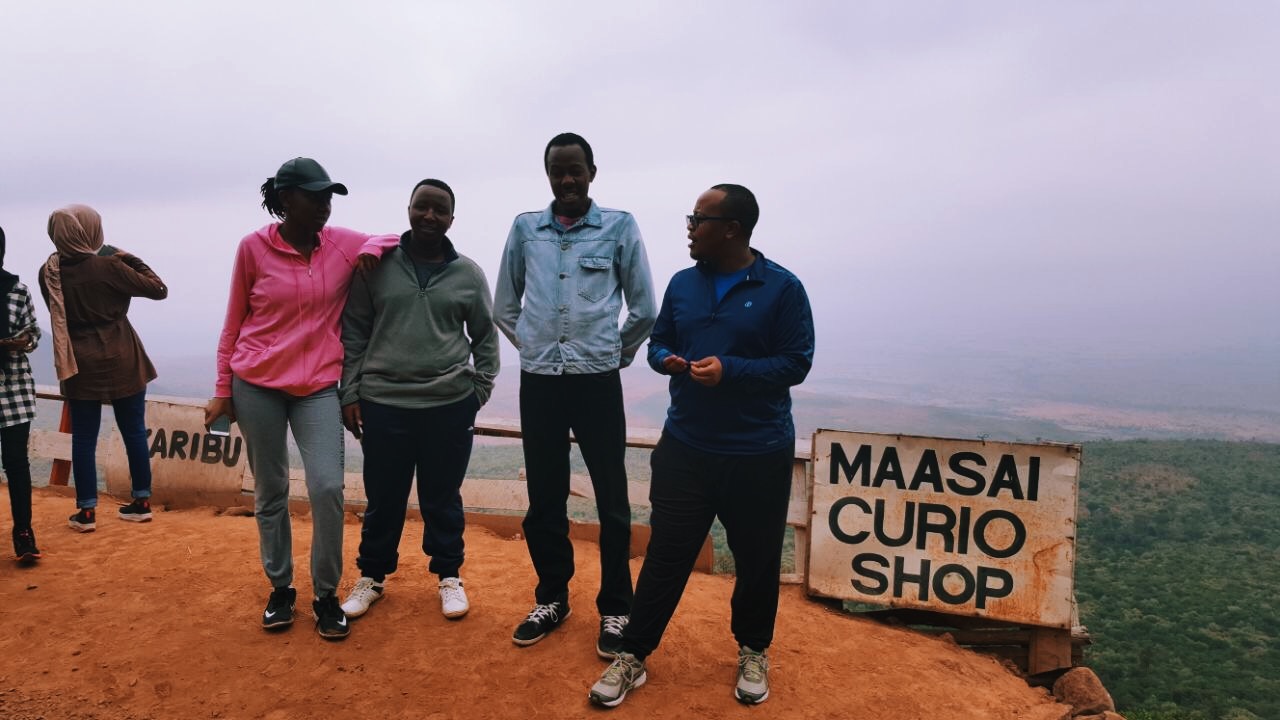 View point chillling with the fam 🙂

I kicked things off with a pretty epic pace; Hell’s Gate and Olkaria Geothermal Spa. If you grew up in Kenya, chances are you went to these two spots on a school trip or even a family road trip…well, maybe not Olkaria because that came up recently.

I’d really recommend taking a hike through the gorges of Hell’s Gate. The scenery is really something. You’ll probably recall it from the Lion king, yeah, let the tears flow. I’m still bitter about Mufasa’s death. Don’t let that deter you from making it all the way to the ‘Devil’s Bedroom’. 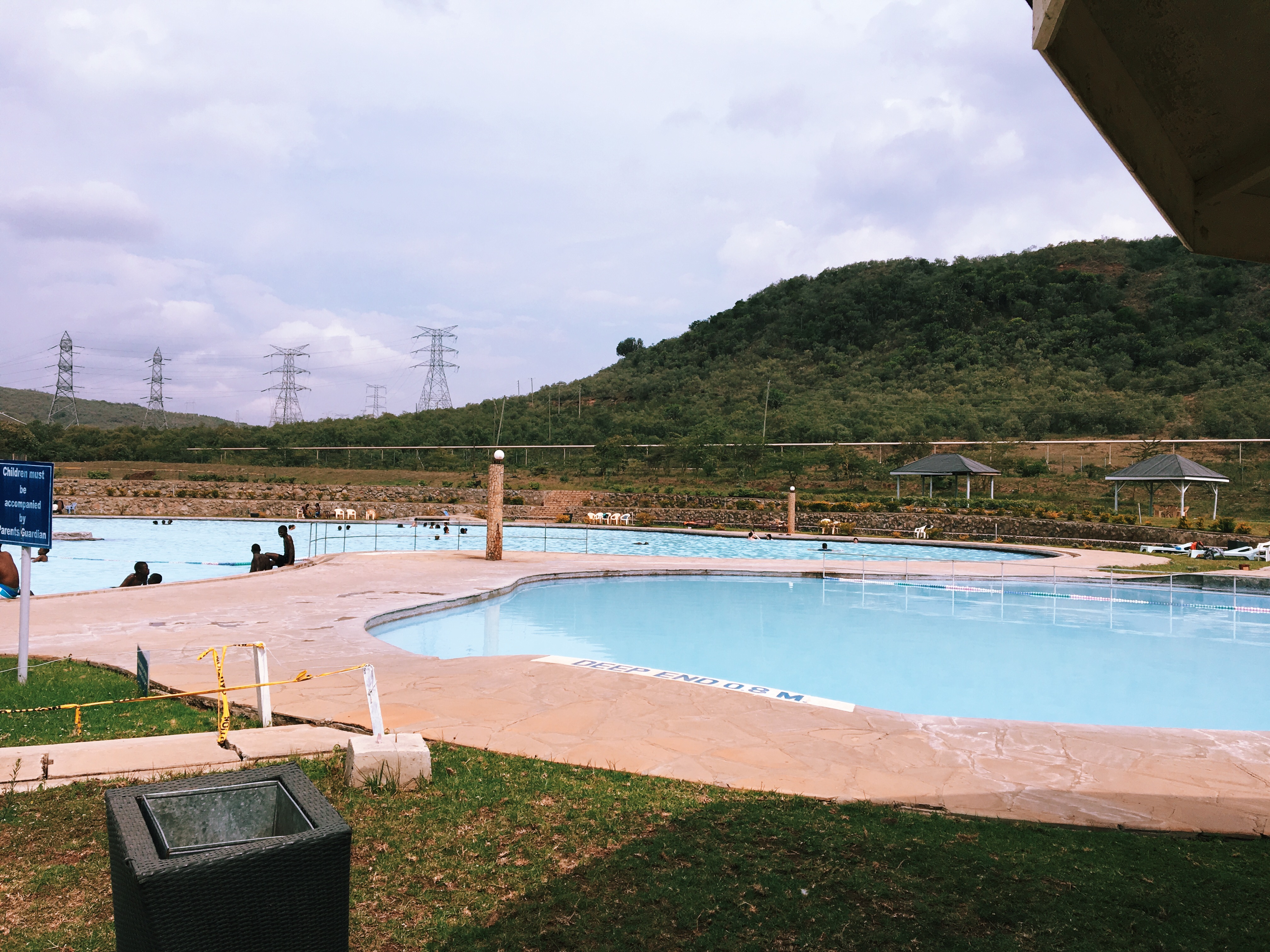 So blue, so therapeutic!

The large blue pools at Olkaria receive geothermal water straight from the surrounding geothermal plant making a swim quite therapeutic. You won’t want to leave the water. However, there is a strong smell of sulphur, which you get used to within the first 20 minutes spent there.

While we were having lunch, two giraffes popped up in the distance to munch on some tree-tops. Don’t you just love how elegant they are? Shame I couldn’t get a photo. Some awe-struck folks got too close and obviously, resulted in them running away. 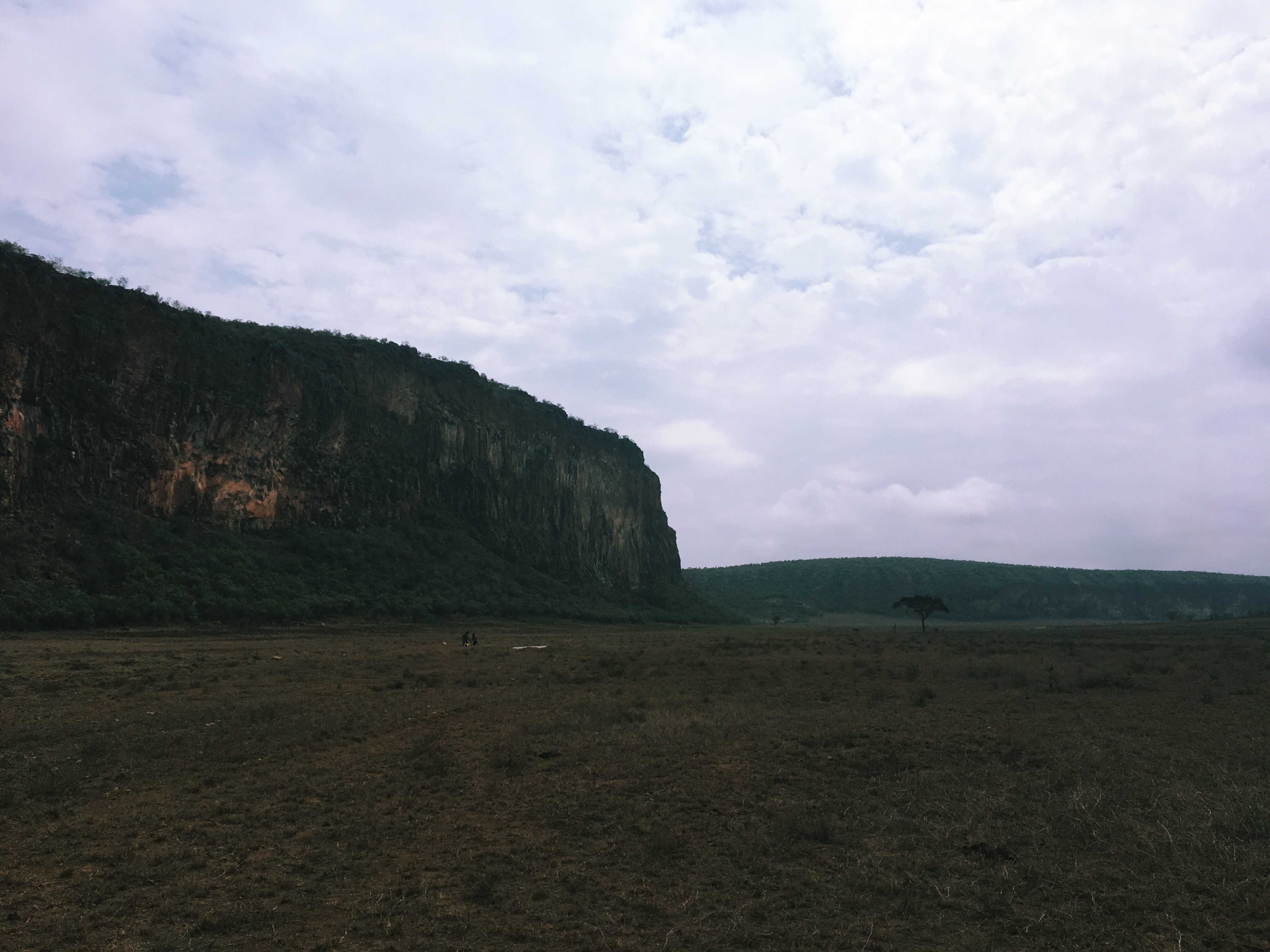 Views along the road to the gorges. There’s wildlife all around. 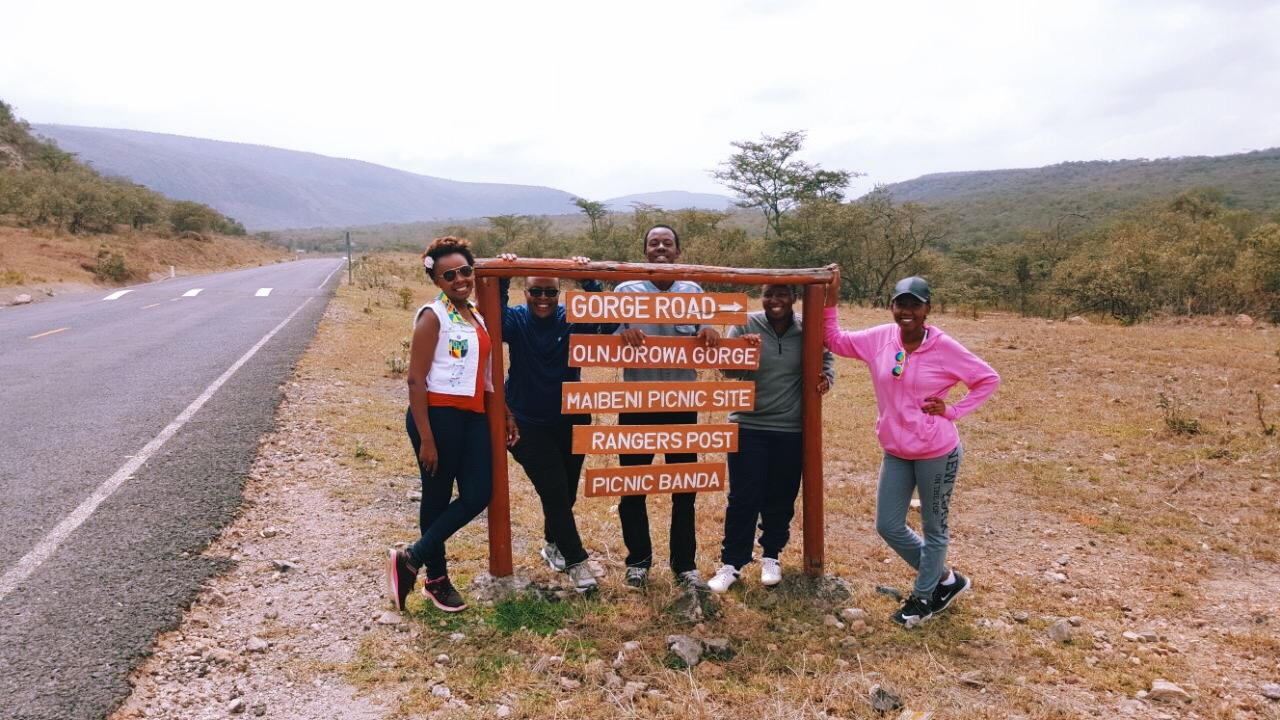 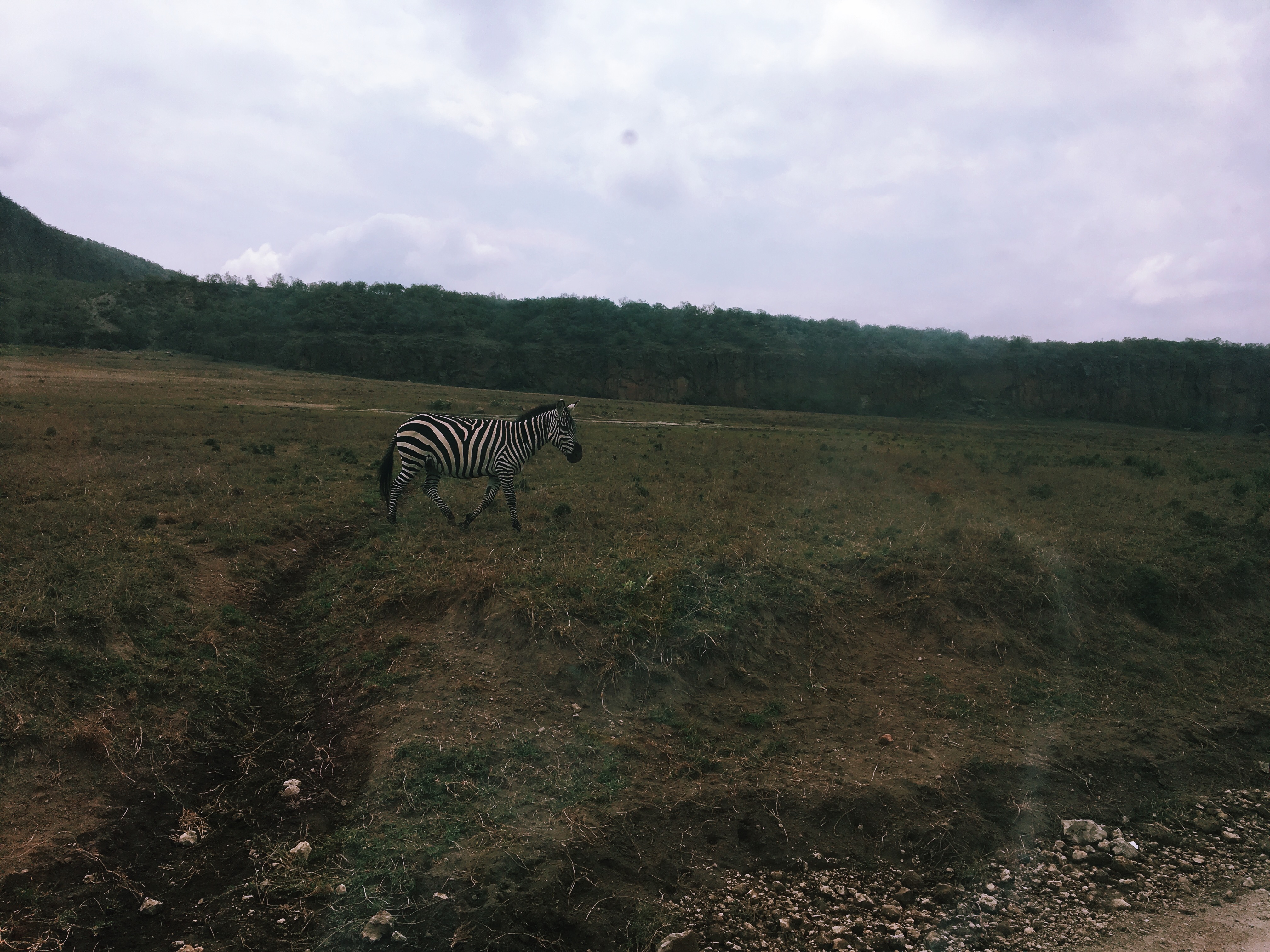 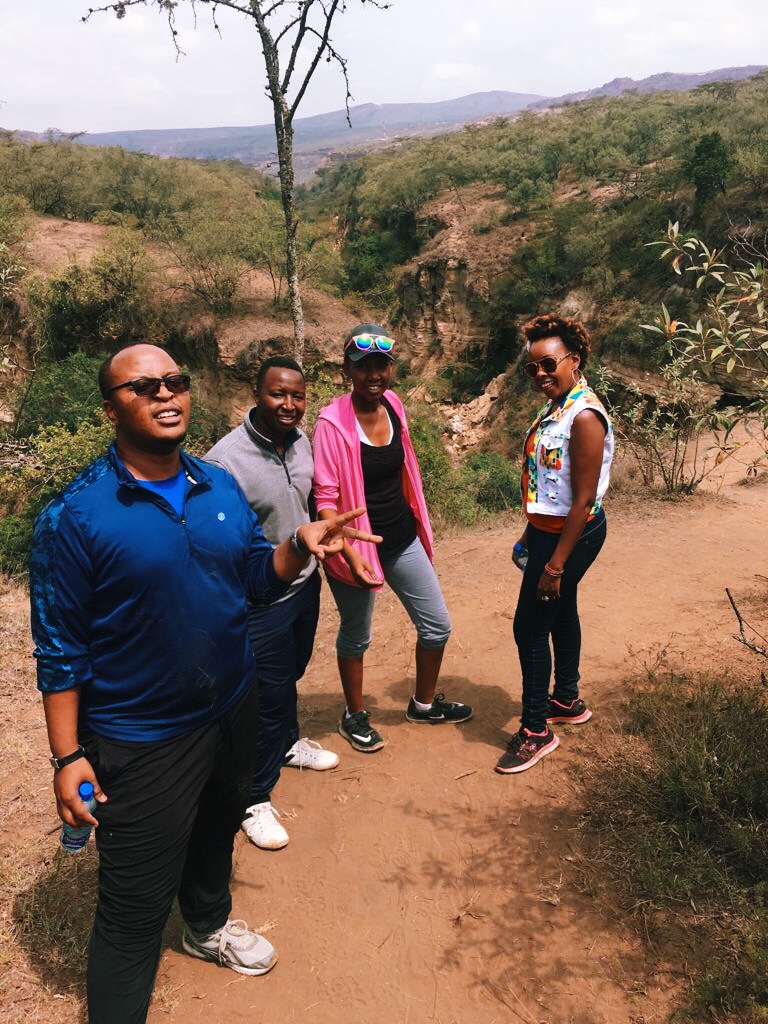 Right after we made our way up and out of the gorges. You can clearly see the fatigue. ? 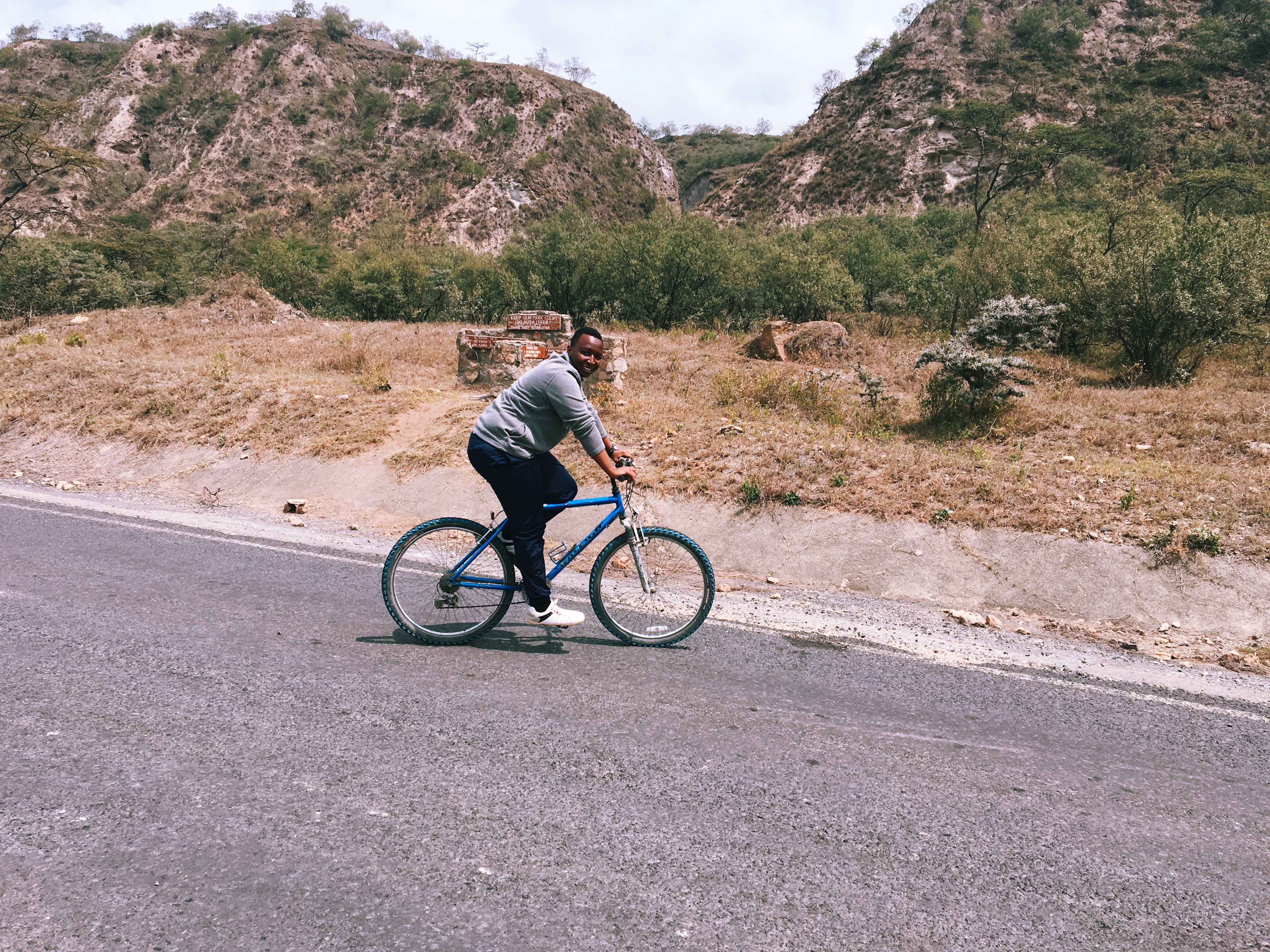 There is the option of hiring a bike (or coming with your own) and cycling from the main road, through the park and to the gorge entrance. 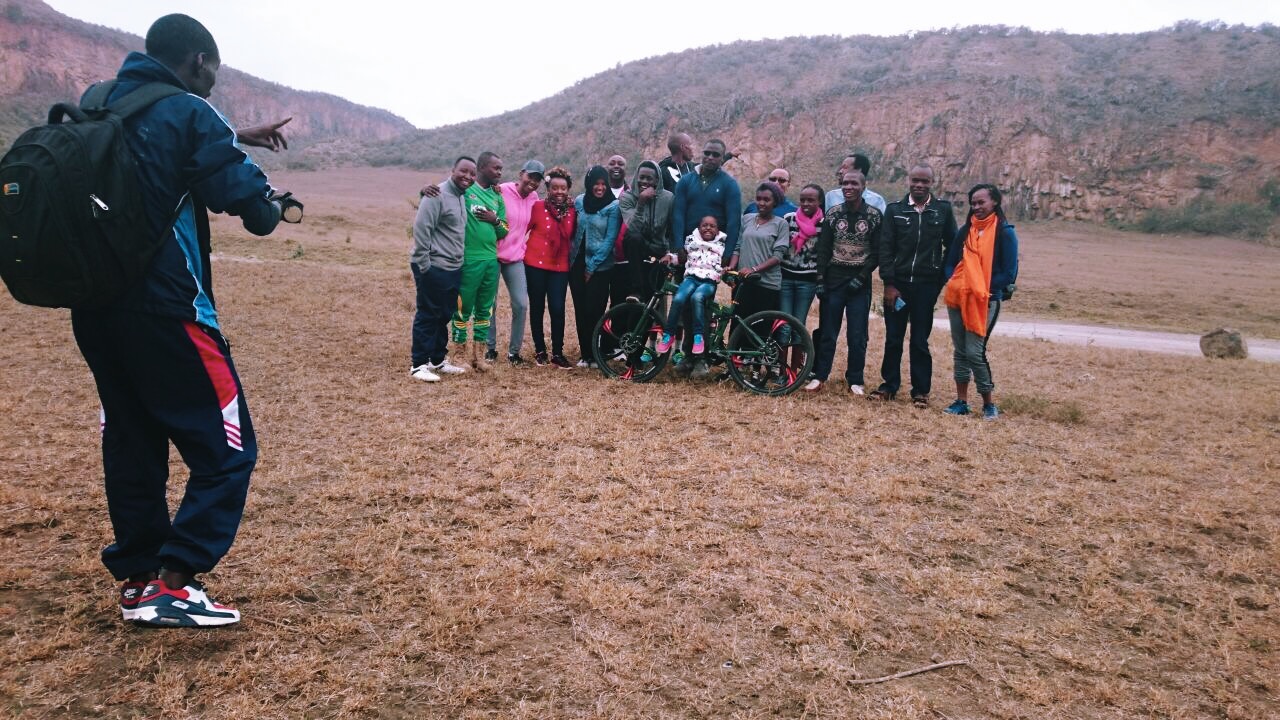 All in all, it was a wonderful excursion, not to mention a great start to my #tembeakenya challenge! I challenge you too! Don’t forget to like, comment and share. And of course, suggest some spots I can add to my list.

Let’s talk about that ‘W’ word

Was such a wonderful experience at the hellsgate gorges and the Olkaria geothermal spa. Highly recommended for some family bonding time…Good job ivy, the beginning of #tembeakenya series.

Thats a really beautiful and an interesting place there

Kenya is vast, feature and history. When all is covered, East – West, home is best so Webuye Falls ought to be slotted in. Of course, either through ‘crying stone’ of Kakamega or through historical Kapenguria with its Pokot traditional homesteads and ‘Emergency’ trial cells.

Haha hey Dad, it had slipped my mind, Webuye Falls is definitely a must on my list! And of course the Kapenguria cells 🙂 🙂

Ive tried posting a comment several times Let me see whether this time round it will work out. My first comment was super long.Ill just rewrite it .? Anyway i have also never been to the Maasai Mara.During my long holiday my uni in partnership with a safari travelling group organised a weekend trip to the Mara. You can imagine how excited i was. I asked a mutual friend to go with me, she had already been there TWICE and was not interested AT ALL in visiting the place for a 3rd time. The point of all this is to say girl i know that shameful feeling you are talking about .One day we shall see the Mara. I love your tembea kenya series! ??

Heya Kristie 🙂
Apologies for the difficulties, it seems to have finally worked!
Haha i totally understand you.
Have you tried widening your options of who to travel with? I realised i had to do so as my usual friends couldn’t always make it. Do it for you!
Thank you! 🙂 🙂

Thank God the comment went through! I can’t wait for whatever your going to post up next. Im a little bit outside my comfort zone commenting on people’s blogs. I always overthink the comment that i wish to write and in the end i never post the comment?. Great job?

Are we twins? Because the same was happening to me but i overcame it with time.
Thank you! I really appreciate it. 🙂

One last thing water rafting has also been in my bucket list !!!!! Im loving and vibing with your bucket list . Camping at Sagana fam is also an amazing experience!

Let’s go! I’m hitting you up the minute i get an opportunity. 🙂

Bungee jumping at Sagana too is something.
Sky diving at Diani (I’d really love to do this as well)
Samburu National Reserve as well.
Nairobi Art Centre too is nice if you would want to stay around town…
Yeah.
And come to Thika too! ?? The fourteen falls! ??

Heya Roy!
I’ve heard a lot about the Art Center, there should be a good coffee shop around there too. A perfect plan! 🙂
Haha Thika is practically my second home right now so don’t worry about that. 🙂